Sisters in Spitfires (Indigo Dreams, 2015), celebrates the women who flew with the Air Transport Auxiliary (ATA) during   the Second World War. They flew Anything to Anywhere - from Tiger Moths to Wellingtons and four-engine bombers - but shared a love of the iconic Spitfire. There were 164 women of the 1,246 ATA aircrew, including four female engineers, from over 25 countries. Pilots had no instruments or radios and were at the mercy of the British weather and enemy aircraft, often ferrying several planes each day. Their motto was Aetheris Avidi - Eager for the Air.

This an outstanding tribute to the ATA women and all they achieved. Their story is humbling, no matter how modest they are about it  today.  Jacky Hyams, The Spitfire Story (IWM, 2017)
London Grip review
Booksmoke review 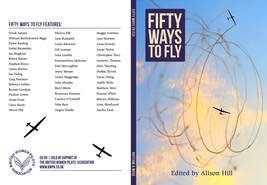 Fifty Ways to Fly features over 45 poets and songwriters and was published in 2017 in support of the   British Women Pilots' Association.

Write Out Loud reviewed the launch at The Railway in Teddington and a further launch event was held at the  Square Tower in Portsmouth. Paper aeroplanes announced each poet!

Order copies via alison-hill@blueyonder.co.uk - all proceeds to the BWPA.

There’s steel and depth to the emotion that lies beneath the delicate surface and tender observation of these poems.    Stephen Boyce
Reviews -
Robyn Bolam in The Lake
Abegail Morley's review
Greg Freeman in Write Out Loud
Available on Amazon. 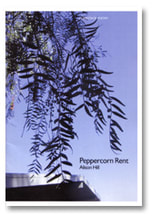 I felt the simplicity and clarity of writing to be its strength. Many of the lines and images stayed with me.
Liz Bassett, Sphinx